A Recipe for Building a High-Performance Marketing Revenue Engine

How UNICEF USA boosted donations by 300% with mission-aligned, micro-targeted marketing

The most successful marketing leaders I know naturally want to go, to do, to act. They’re instinctively ambitious and they’ve honed their edge by being productively impatient — leading instead of following, proactively chasing opportunities instead of reactively dealing with challenges. But in the most successful marketing transformations I’ve been a part, I’ve seen marketing leaders harness their impulse toward action and direct it toward a methodical approach.

I recently sat down with Tobes Kelly, one of the sharpest marketing leaders I’ve worked with, to talk about this walk-crawl-run approach. The webinar, “A Recipe for Building a High-Performance Marketing Revenue Engine,” focuses on how UNICEF USA built a first-party data-driven marketing engine that increased donations by 300% over five years — while maintaining a high marketing ROI.

Tobes led that incredibly successful marketing transformation as VP of Revenue at UNICEF USA, and is now VP of Revenue at Transfix. Our discussion covered a lot of ground — you’ll want to watch the full webinar. But here are a few key insights I wanted to highlight:

Not-for-profit organizations (NFPs) have traditionally been treated separately from the rest of the for-profit segments. But today, the reality is that NFPs have the same goals and face the same challenges from a marketing perspective as those of any other business: Customer experience is the name of the game, and NFPs are competing for attention and loyalty on the same playing field as all other consumer brands. Marketing leaders are increasingly accountable for driving growth. Like any other business, reliable cashflow is critical, so marketing leaders want to engineer a predictable revenue engine — focusing on recurring revenue and lifetime value by enhancing engagement and driving loyalty.

When DELVE began our partnership with UNICEF USA several years ago, their goals were familiar: They wanted to drive revenue (donation) growth, specifically by focusing on monthly recurring donors — converting one-time donors into loyal supporters. And they wanted to use technology and data to do it, drawing insights to get smarter with their marketing spend.

In many ways, Tobes told me, UNICEF USA and other NFPs like it operate like a B2C startup. “We wanted to build a repeatable, scalable system that allowed us to tap new audiences, to target our highest-value prospects, to improve customer lifetime value. Those are all important considerations, regardless of industry,” he said.

Getting picky about prospecting

Adding net-new customers (or in this case, donors) from anywhere will objectively drive revenue. But if the goal is predictable recurring revenue, the question is how to acquire your best customers. “Every donation is exceptional,” Tobes told me, “But we know that the audience cohort within individual giving that’s the most value to us is the monthly recurring donor group.”

UNICEF USA started by understanding the who, where and how of pursuing net-new recurring monthly donors — and they stumbled on a golden opportunity: “We wanted to target audiences that were already actively engaged in subscription behavior — monthly giving,” Tobes said. Together, DELVE helped them see that millennials were an incredibly valuable audience — because they were already willing participants in the subscription economy, and because they filled an impending gap of the aging demographics of UNICEF USA’s current recurring monthly donors.

Widening the funnel instead of asking for more media budget

A marketing leader’s go-to solution is always to ask for more media budget. But the UNICEF USA case study stands out to me because of several points where Tobes did not take this traditional route. Instead, he aimed to widen the funnel, patiently gathered more data, identified more actionable insights, and progressively built a bulletproof case to support that eventual ask for additional budget.

“The C-suite has learned to say no, so you need to come with the data to support that budget ask,” he explained.

But after using data to identify millennials as ideal targets, Tobes could have made a strong argument for a higher investment in media to go after these millennial targets. This approach would almost certainly have translated into higher downstream donation revenue. But again, they instead focused on putting the infrastructure, processes and people in place “so we could gain deeper visibility and connect media investments with donation revenue two, three, four, five, six months down the line,” he said. “We had to connect the dots between how we were investing in media — to whom and where — with the lifetime value of donors, not just on the initial value of those donations.”

This deeper analysis enabled them to identify micro-segments with the highest lifetime value potential, and adjust their focus to increase mROI.

They also began running experiments to figure out how they could optimize what they were currently doing — everything from form fields, the positioning of the ask, the wording of the call to action, to the source media method, and more.

The courage to ask obvious questions and (sometimes) override intuition

Tobes called out that sometimes, the questions can seem obvious — but the data reveals surprising answers that betray intuition. As marketing leaders, it takes courage to ask these obvious questions. There is tremendous value in confirming or validating what seems obvious — and occasionally revealing surprises in the process.

“For example, if I’m structuring campaigns that are supposed to target people who haven’t donated before, how do I know that’s actually who I’m reaching?” Tobes said. He provided another example of how UNICEF USA investigated whether aligning ad creative with landing page creative drives higher conversion rates. “That sounds very obvious, but we’ve run so many tests and have been deeply surprised by the results,” he told me, “So we learned pretty quickly to leave our assumptions at the door.”

Tobes and this team deployed this data-driven mindset across everything they did. “Through this testing methodology, we discovered we had to lead with experimentation over elaborate planning. We had to take the data-first approach over any intuition that we would naturally have,” he said. This led to a more iterative process of designing, building and executing marketing campaigns, as well. “That more traditional, big-development-upfront thinking just doesn’t give you that agility,” he said, “It just breeds a layer of comfort where people can cling to presumptions.”

The patience to invest pragmatically

At this point, UNICEF USA was starting to get a very clear idea of highest-value audiences and powerful insights into how to connect with them. You might assume they would have taken this loosely defined opportunity and run with it: Ask for more media budget and spend your way to revenue growth, right?

I cannot stress enough that it takes tremendous patients — and is tremendously valuable — to resist that urge and instead go further, ask more questions, and recognize that waiting for more data will deliver better, clearer answers.

In UNICEF’s case, this also meant recognizing that any available budget should go toward building a better marketing database that would enable them to dig deeper into their first-party data. “We didn’t have the data to know which campaigns or which channels were driving recurring customers to the brand,” Tobes said, “So, if this really was about building for the long term, then the investment had to go into that marketing database.”

DELVE helped UNICEF USA build a data lake that enabled Tobes and his team to calculate long-term value at the campaign channel level. “Having that first-party data around LTV was a key insight into managing the paid media. It meant we were lacing our dollars in the right channels to engage the right audiences,” Tobes said. “Our media-buying tools could basically see that a click was predicted to have high LTV because of the data that exists in the back end, so these insights on high- and low-value audiences could be activated in media-buying.”

Only then did Tobes use this carefully gathered data to make an irrefutable argument for increasing media budgets. “Once we built that data foundation, we could clearly show that for every dollar we were investing in media spend, we were getting several dollars back,” he said.

I hear every brand I talk to saying they want to create seamless customer journeys. But this is really an internal people and process problem — and Tobes shared how UNICEF USA recognized its own internal silos and barriers: “When we started, the experiences being served up to the user were uncoordinated; the efforts across channels and across brand and performance were fragmented,” he said, “And thank goodness we had the data that we did, because it allowed all of us to work together to build experiences that weren’t just coordinated and integrated, but they were actually able to be adaptive to changing prospect and donor needs.”

This internal-alignment journey speaks to a broader insight that Tobes brought up at the very start: Marketing leaders can’t drive successful marketing transformation on their own, or even on an island with their marketing teams. They need buy-in and support from the top down, across the organization.

“We accomplished really tremendous things because we had sponsors at the C-suite level who encouraged cross-org collaboration. They saw the need and supported the ask for strong tech and a data foundation,” he said. “And we had fantastic support from our colleagues across the global organization. They wanted to learn with us; they really wanted to come on the journey with us.”

Marketing leaders need to be brave enough to challenge convention

The biggest takeaway from my conversation with Tobes — and DELVE’s experience with UNICEF USA — seems obvious, but is worth stating definitively: To drive change, to get new results, you need to break out of old ways and conventional approaches.

As I’ve said many times before, when it comes to data-driven marketing, this change is often thought of exclusively within the realm of tech: deploying new platforms and using new tools. But the truth is that new tech is all-to-often limited by old ways of thinking and doing within an organization.

Marketing leaders need to start by having the courage to ask the obvious questions — to be vulnerable and honest about what you don’t know or don’t know for sure. They need to change the decision-making process from intuition-led to data-driven. They need to have the patience to build the tech and gather the data to provide the answers.

But Tobes reinforced that the real transformation happens when you go further: asking the questions that your data-driven answers present. This is the deeper analysis that brings that actionable understanding of your audiences and how different experiences impact their behaviors and your business outcomes.

Perhaps most importantly, if you do it right — start with honest questions, patiently gather the answers, refine and dig deeper — you’ll build a robust, data-powered case for increasing budget. You’ll have the undeniable proof that investing additional media dollars will drive incremental revenue. And that’s as close to a sure thing as you can get in the marketing world.
Check out the full webinar here: 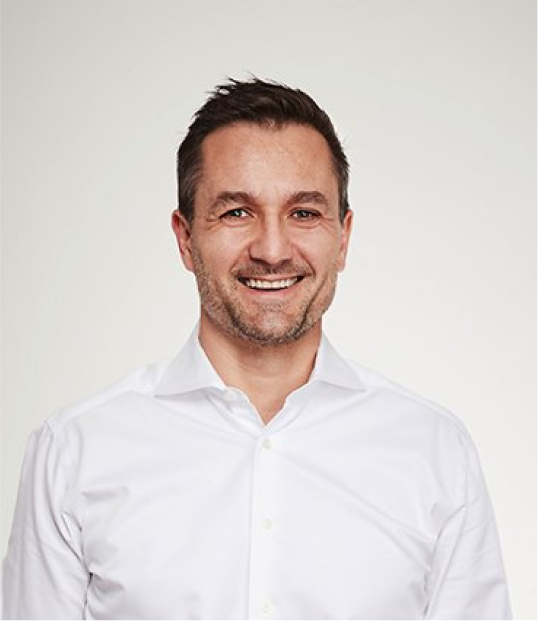