Why Amazon DSP is the Best-Kept Secret in Programmatic Advertising

In the past few years, Amazon has built an advertising business powerful enough to contend with Facebook and Google. Amazon’s share of the U.S. digital ad market grew to more than 10% in 2020, making it the third-largest digital ad publisher in the country—and Amazon isn’t even a media company.

The vast majority (about 90%) of that advertising revenue is for ads served on Amazon’s website, but Amazon also offers access to its vast amount of consumer intent data, and it’s time advertisers start taking advantage of it.

Amazon’s intent data is especially valuable, as research from Wunderman Thompson Commerce shows that approximately two-thirds of consumers begin their product searches on Amazon: that’s over 2x more than Google. Yes, amazon.com has become a search engine. Not only is Amazon the biggest repository of consumer-packaged goods intent data on the web (and probably the entire world), but it knows the specific items a consumer is considering.

Amazon DSP actualizes advertisers’ dream of using Amazon data without having a presence on amazon.com. With Amazon DSP, advertisers can target users based on their Amazon search data and serve them advertising on sites all across the web. The best part is these ads don’t even need to direct back to the brand’s Amazon presence. A brand can use Amazon’s DSP to execute programmatic campaigns based on Amazon intent data, and the ads can direct consumers back to the brand’s own website. As a result, brands can drive conversions to their amazon.com presence, or to their own e-commerce site.

It’s exactly what advertisers always wanted—and yet so few of them are using it.

Many advertisers may simply be unaware that Amazon DSP exists as part of the Amazon Advertising platform, and in their defense, their lack of awareness is somewhat justified. Amazon hasn’t been super vocal about its DSP and its myriad benefits. It doesn’t need to be, either. Amazon has a host of departments—Amazon, Amazon Prime Video, Amazon Web Services, to name just a few — that are multi-billion dollar behemoths in their own right and thus command a majority of the company’s attention.

But don’t be fooled. Just because Amazon isn’t pushing its DSP doesn’t mean there’s not incredible value to be gleaned from using it. Amazon’s DSP has delivered incredible results for some of our clients here at DELVE, for instance.

DELVE’s managed resources team, which manages and executes entire digital media campaigns on behalf of clients, recently used Amazon DSP for a hotel and resort client. Using Amazon DSP, we identified consumers who were thinking about taking a vacation. (Amazon doesn’t reveal how it segments its various audiences, but one can assume the travel audiences are composed of people who recently searched for luggage, swimwear and other travel-related items.)

Data from Amazon DSP helped inform our full-funnel strategy to engage consumers who may not have been identifiable in other search channels. We targeted Amazon’s travel audiences with display ads, and used the click-through to collect vital first-person data. This data was instrumental in moving consumers down the marketing funnel and in the end, Amazon DSP delivered a greater return on ad spend (ROAS) than Google’s rival DSP product, Display & Video 360.

We had similar success using Amazon DSP for Tupperware, a consumer brand so iconic that its name is often used to describe all the products in its category. Amazon DSP factored heavily in our digital media campaigns which delivered a return on ad spend of 3x–8x, much higher than the industry average.

Perhaps most importantly, though, Amazon DSP is a way to acquire the most valuable data there is: first-party data. Advertisers can use Amazon DSP to identify consumers who are in market, lure them back to their owned and operated websites, and start collecting first-party data.

First-party data is always important, but now it’s an even more precious commodity now that cookies are going away. Soon cookies will no longer be usable on Google’s popular Chrome browser, and it appears Google doesn’t plan to play nice with any of the many alternative identifier providers out there. Meanwhile, Apple is making it easier for iPhone users to restrict advertisers from tracking their activity across different apps. Taken together, advertisers will be severely limited in their ability to use third-party data to build, target and retarget audiences.

It’s unclear how these changes will affect Amazon DSP. Nonetheless, the larger point remains: If brands want to succeed in a post-cookie advertising world, they’re going to have to think beyond using only third-party data sources. Instead, they need to adopt a strategy of prioritizing first-party data, and enriching it with other, complementary datasets when applicable.

Amazon DSP is a great place to start. It provides valuable intent data, and it can be used to drive consumers back to a brand’s own site. And that’s where the construction of a first-party data trove begins.

Ready to get started? Talk to an expert at begin@delvedeeper.com 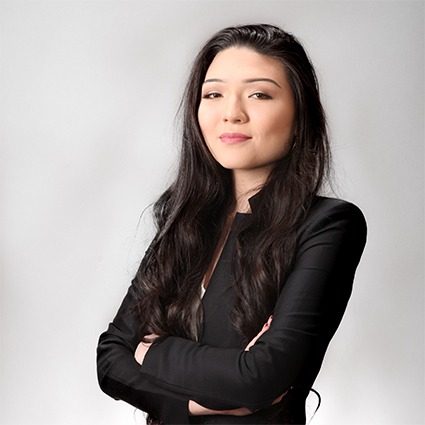